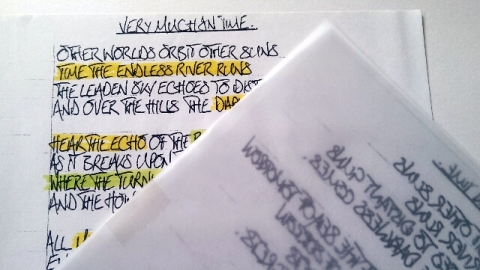 Origin of the word “influence”

Late Middle English: from Old French, or from medieval Latin influentia inflow, from Latin influere, from in- into + fluere to flow. The word originally had the general sense ‘an influx, flowing matter’, also specifically (in astrology) ‘the flowing in of ethereal fluid (affecting human destiny)’. The sense ‘imperceptible or indirect action exerted to cause changes’ was established in Scholastic Latin by the 13th century, but not recorded in English until the late 16th century.

I don’t know how to write this. This sculpture is so full of love, loss and healing and yet I look at the finished work and I don’t quite know how express what I’m thinking…..

I had removed the outer deadwood from the Oak. Alan does that for me: removes the detritus from my life and leaves the stronger healthier layers that help me to get up each day and put one foot in front of the other, providing solid ground for me to walk on. The marks are still there but his constant love and support flows into me at the most unexpected times, subtly changing my responses. 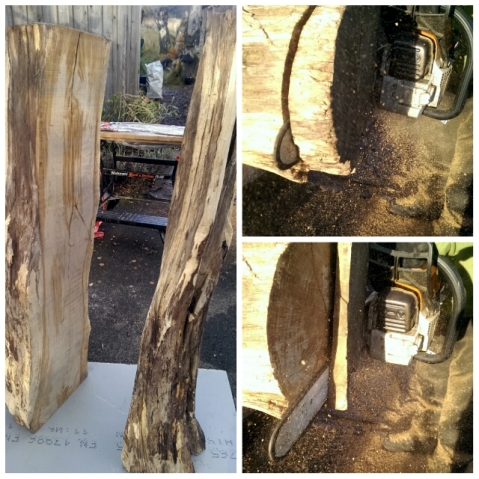 The Oak needed to “stand tall”. No linking fibres to connect it. The words themselves are the uniting force.

The base was cut at an angle to enable both sections to be independent of each other and then I sanded the inner surfaces. 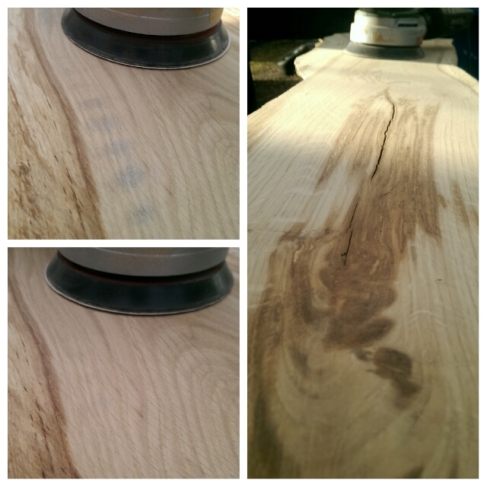 Removing all traces of the bandsaw marks from the milling process was important. This inner core is representative of the beauty within, untouched by lifes trials and tribulations. Barry’s poem is incomplete on its surfaces as I felt it important to connect with the poem without the piece being turned into a monument, his presence there but not there. The words are an indirect action that causes change encouraginging a flow of thought and meaning behind the sculpture. 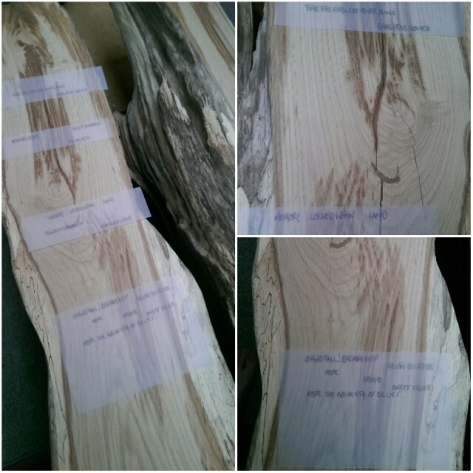 Once I was happy with the surface I scanned in the poem and flipped the image on my MacBook Pro, so I could use Barry’s writing. I traced this and positioned it on to the two sections of Oak. 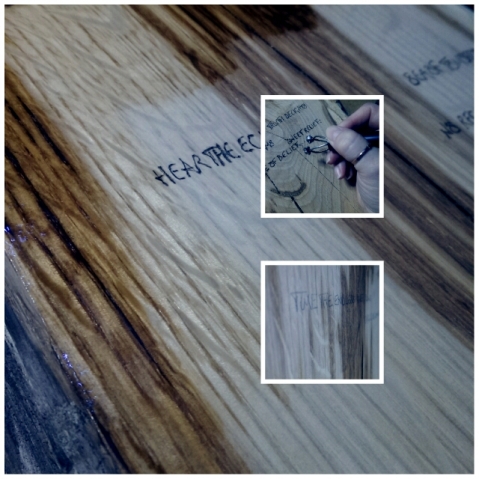 Using a pyrography iron I made the words permanent on the wood, then oiled the surfaces to highlight the grain. Art developed to honour my brothers; the men that have helped to shape me and continue to do so to this day. 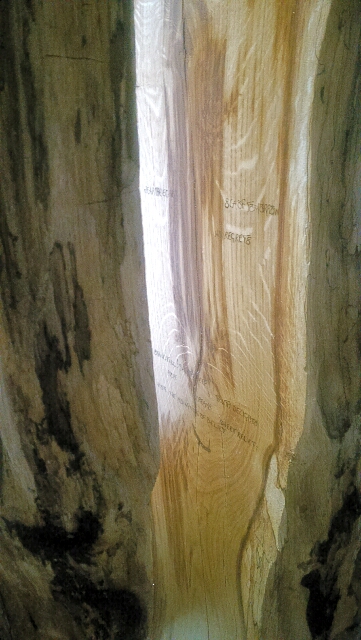 Along with my art, sculptural or otherwise, I bring community engagement. Art and soul; a sense of belonging and acceptance of all we can be.